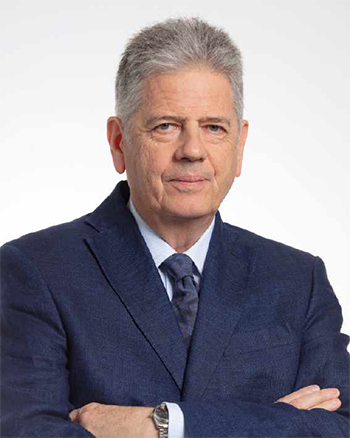 Graduated from Polytechnic University of Turin, Italy, Roberto Strigi joined AREWA CONSTRUCTION CO. LTD in Nigeria as a Site Supervisor and then as an Area Manager.  After that he moved to MERRIL LINCH, PIERCE, FENNER & CO., INC. in New York as Project Manager. In 1987, Roberto moved to Italy and joined IMMOBILMARKET SRL as Consultant Architect. Then he went back to USA and joined LEHERER McGOVERN BOVIS INC. as Project Engineer and later Lehrer McGovern Bovis in the same capacity. In 1990, Roberto joined IMPREGILO S.P.A. in Italy and held various positions after which he moved to UAE in 2009 and joined NV BESIX SA.

He moved to Qatar in 2015 by joining QDVC, where he held the position of Project Manager of the Lusail Light Railway Transit System Project (LRT) for almost 5 years. Since the 1st of November 2019, he has been Chief Executive Officer of QDVC .